Attack by “Friendly Fire”: People with Autism and their families 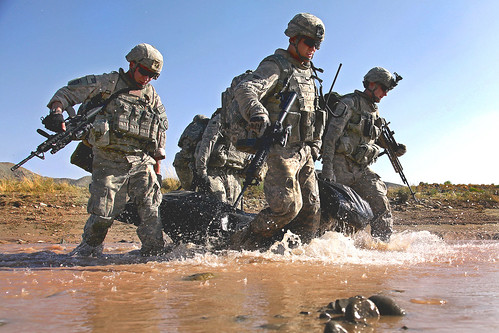 So‐called “friendly fire”, sometimes termed fratricide or amicicide, is officially defined by the U.S. Army as “the employment of friendly weapons … which results in unforeseen and unintentional death or injury to friendly personnel.” (Wikipedia)

Yesterday I was sitting at my computer when the security system began flashing red alerts saying it found 2 then 6 then 15 viruses which ranged from strong to critical. I was just sitting there watching helplessly. Immediately I turned the machine off and called for help. Thankfully 24 hours later, I’m typing from another computer and a good friend is taking precautions so this never happens again. Turns out the virus attack was so nasty it even dismantled my computer’s security system. Some unknown enemy snuck up and damaged something that was important to me. No one was hurt, my friend thinks he can fix it. So, C’est la vie!

I can handle those kinds of anonymous attacks. What happened next was more upsetting.

When my computer life resumed, I checked my email messages. For the second time in one day, I felt I had been caught in an ambush. But this time the attack was coming from people I know and care about. People who are supposed to be helping us–friendly fire.

This is the e-mail that you have been dreading. For years, Support Coordinators have put out e-mails about potential roommate matches, visits, etc.

Previously I have been able to say that Aaron and (his roommate) are not out of their (funding) ranges and guardians/parents are not interested in roommates, and they stop contacting me.

Apparently, per direction by (the director), we are in a financial place that we can no longer have the luxury of choosing not to move forward with roommate visits. I was told that I am to contact you and (Aaron’s roommate’s) guardian to set up a roommate visit for (his house). We have someone receiving a waiver and he needs a home in which to live. (Aaron’s house) is definitely considered a 3 or 4 bedroom home, so we have to consider (it) as an option.

Please contact me or (the director) with any questions or concerns that you may have.
Thanks, Mary.

When my computer gets fixed, I’ll see if I can find the letters and presentation Tom and I made to the county board about this issue two years ago. Tom and I thought this was settled. Aaron has lived in his own place for over ten years. I worked for a year to make sure Aaron and his roommate had the funding levels in their Medicaid Waivers to sustain the staff they needed. I worked for another year to figure out the HUD Rent Subsidy Program. (On both, I’m proud to say Aaron was one of the first in Ohio.) The fact my computer is inaccessible and I can’t even retrieve my previous correspondence makes me feel even more vulnerable. Last time we explained in great detail how adding additional roommates “which results in unforeseen and unintentional death or injury to friendly personnel” –okay, death is too harsh, but the “unintentional injury” and a diminished quality of life would surely apply. The one staff person who has been with us for 7 years says she will quit the minute another “client” is added to the house. The complications go on and on.

Aaron’s residential situation is being held together with scotch tape and spit as it is. To add one or two more people to his living situation is a disaster in the making (everyone agrees with this).

At least, our advocacy efforts last time delayed it a year or so. But now it is back—in our face. It hurts deeply that we cannot trust the people in positions of power. Their best interests are not the same as ours. We have worked with the county board for probably 25 years. I was on the board for 6 years and have friends there. Our support coordinator is a dear friend who has seen us through many disasters in the past 15 years we have worked with her. The Director is also a dear friend. So these are good people who I love. I appreciate their budget issues.

But, if I don’t speak up for Aaron’s interests who will? Plus, Aaron’s roommate’s parents are 87 years old and his mother has intense medical issues. Plus, this must have happened pretty quickly because we saw our Support Coordinator at a meeting on Monday and she didn’t say anything. I’m not sure what happened in those two days since. Plus, plus, plus….

I haven’t decided the exact plan of action. This is such a surprise attack I’ll have to get over my shock, disappointment and anger before I can take a step forward. But it’s time to put the battle fatiques back on and geer up for battle. Again.

Last time when we were attacked, we resolved it. This time the enemy (our friends) know our game plan and strategy.

Further, when Tom and I are in the nursing home and unable to stop them, we know the assault will again happen. So do we just accept the inevitable? Is this a battle we cannot win?

In Disability Scoop there was an article titled: Autism Moms Have Stress Similar to Combat Soldiers (click here). “Mothers of adolescents and adults with autism experience chronic stress comparable to combat soldiers…” The author’s research points out that when physical hormone levels and chronic stress levels were measured, they were similar to those of combat soldiers.

No surprise there. And I would give this email as proof of the reasons. Surprise Attacks, Friendly Fire… It’s like this violated our peace treaty. A bomb that dropped from the sky during the night. And, from those we trusted and depend upon to look out for Aaron’s best interests. From those in the “helping profession.”

Do you have an extra bedroom in your house? There are lots of homeless people around. Since people don’t want to pay more taxes, what if we just choose someone to live in your house?

Day 16 of our Chris Brogan’s Every-Day-For-30-Days Blogging Challenge Follow us on Twitter #CB30BC
Alison Golden of The Secret Life of a Warrior Woman is my partner in this challenge: (click here to check out her new post.)