Hope for Families of People with Disabilities|Bob Perske 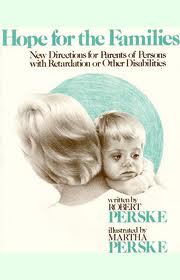 Hope For The Families

Today I was thinking of Martha and Bob Perske. Martha’s beautiful sketches of children with disabilities are in frames over my desk and in buildings all over this country. Bob is now gone, but as we each get older and wonder if our lives really mattered Bob is one of my inspirations of a life well lived.

At one of my first TASH (then The Association for Persons with Severe Handicaps) conferences, I heard Bob Perske speak about Hope for the Families. His book, by the same name, helped me make sense of our family’s new life as parents of a son with the labels of intellectual disabilities, autism and more.

Bob Perske has been one of the pioneers for people with disabilities and their families. In Parallels of Time Bob Perske is seen pictured with giants in our field. He has written many terrific books including Circles of Friends and Unequal Justice, his current work with people with intellectual disabilities caught in the criminal justice system.

Bob is an amazing minister, speaker, writer and just great person. People with disabilities and their families are fortunate to have him in our lives. Martha, his wife, uses her talent to create pictures which spread joy and a vision of inclusion across the world.

Below is one of Martha’s pictures and the introduction to Hope for the Families which I have passed along to my friends, my classes, and anyone who would read it. 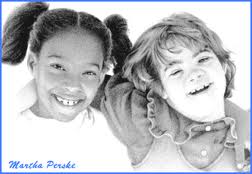 Hope for Families of People with Disabilities

Not so very long ago, you and I were conditioned to perceive persons with handicaps as deviants. They were seen as…

A drag on the community’s resources

The products of illicit sex

Too ugly to be seen in public

Objects to be laughed at

A Group that would outbreed us

Children who never grew up

Our parents and teachers conditioned us by what they said—or didn’t say—to feel uncomfortable around hose imperfect people. We were led to believe that if we got too close to them, something evil would rub off on us.

Consequently, persons with disabilities were condemned to struggle against TWO handicaps. One was the actual handicap. The other was he additional wounding they received from our prejudices.

Wasn’t the handicap itself enough? Why did we have to cripple them further?

Let me offer one theory to explain such behavior:

Once we believed fiercely that the world was becoming better and better.

And in keeping with this belief, everyone was expected ultimately to develop…

And live in a perfect society.

Then along came a few defenseless persons with obvious physical and mental handicaps. Their presence rattled our plans for a perfect world as a high wind rattles a loose shutter. We didn’t like that, and the result was that we could not stand to have them around us.

Then something happened. One country, in an effort to create a super race, started a world war. By the time it ended, the minds of all humankind were trying to comprehend the terrible things some groups of human beings had done to other groups. All of us tried to understand what had happened in places like Buchenwald, Auschwitz, Hiroshima, Nagasaki, London, Bataan, and Corregidor.

After World War II, our belief in the gospel of world perfection began to fall apart.

And, we were reminded of some terrible facts.

All of us have gaps in our bodies and minds.

All of us are unfinished.

Some of us can hide our deficiencies better than others.

None of us will ever achieve perfection.

Those of us who think we are closest to perfection may be most likely to drag the human race to new lows.

Today we do not know whether the world is getting better and better—we only know it is getting more complex.

And yet it is an astonishing fact that humankind’s healthy interest in person with disabilities began to mushroom after the Holocaust and the Atom Bomb. One cannot help wondering if there is a connection.

Today, advocates in Ohio, Wisconsin, Indiana and other places around the country are asking the legislature to preserve Medicaid and other programs for people with severe disabilities. The crucial support programs our children need to survive are at risk.

Money is always scarce, but as Bob points out, we have made progress in our values and experiences of including people in the community. We have to believe in hope and better futures for our children.

I am reminded of two quotes:

“Those who do not learn from the past are destined to repeat it.”

“A measure of a society is how it treats its most vulnerable people.”

As parents we understand budget cuts and are even willing to concede progress will be slow, BUT we expect progress!

If you found this interesting you might also like a related article about Remarkable Parents who Never give up.

Do you think our society values people who are different or have special needs? or, are we still just a drain on the system and resources? Do you think people with disabilities have two handicaps?

A Comparison of the Service System and the Community

note: Bob gave me permission to print excerpts from his book Hope for the Families.