In Bob Perske’s memory, I’m posting some of my favorite posts about him. 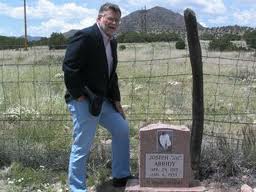 On January 7, 2011, Colorado Governor Bill Ritter, Jr. issued a “posthumous pardon” to Arridy, one of the five wrongly executed people with intellectual disabilities.

Pastor to People with Disabilities and their Families

Bob Perske is one of the most gentle and positive people I know. He lives God’s message to care for the “least of my brethern.”

It might surprise people to know Bob hangs out with criminals on death row.

In a previous post I shared his “history of people with disabilities and hope for families.”

Because Bob understands the history of people with disabilties, he knows FEAR was one of the main reasons for removing people from their families and locking them up in institutions, away from society. Fear is still one of the main reason people are excluded from quality lives in the community.

The world in which we live is not always safe, secure, and predictable. It does not always say “please” or “excuse me.” Everyday there is a possibility of being thrown up against a situation where we may have to risk everything, even our lives. This is the real world. We must work to develop every human resource within us in order to prepare for these days (Robert Perske: “The Dignity of Risk.” 1972).

Bob is still hopeful for families, but he wanted to share his recent testimony about people with intellectual disabilities who have been convicted of serious crimes they didn’t commit. Crimes they confessed to because they wanted to make the police officers happy or get them to stop the interrogations. Crimes they didn’t even understand.

But Bob Perske and others ask:

“What if the person who confesses to the crime is a person with an intellectual disability?”

Certainly, just because a person has the label of intellectual disability doesn’t make them innocent–but it also shouldn’t make them vulnerable to giving false testimony in our criminal justice system.

Although I did a lot of writing about kids and families earlier, deep in my heart I think they also need to be aware of futures where they can be misunderstood by interrogators and they need to be alert and ready for these grim possibilities. 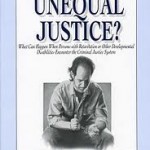 What can we do?

CT: REGARDING SB NO. 954 AN ACT CONCERNING THE ELECTRONIC RECORDING OF CUSTODIAL INTERROGATIONS (March 9, 2011)

For the past 34 years, I have served as a worker and author on cases involving persons with intellectual disabilities who were coerced into confessing to major felonies they did not commit.

I am a member of The ARC of Connecticut and The ARC of the United States.

I am the author of “Perske’s List: False Confessions from 75 Persons with Intellectual Disabilities.”

The article is 24 pages long. It shows that:

• 65 have been legally exonerated.
• 29 have been exonerated by DNA tests.
• 5 are now headed for court hearings thanks to “Innocent Project” groups.
• 5 have been so wrongly executed they will always be painful to justice-loving lawyers when they think about them.
• 1 of the five wrongly executed was Joe Arridy. On January 7, 2011, Colorado Governor Bill Ritter, Jr. issued a “posthumous pardon” to Arridy.
• I predict that Richard Lapointe of Connecticut will someday be added to this list.

The time has come when judges and juries should be helped by advanced video technology to see everything that went on in an interrogation room. Until they can do that, our justice system will be tainted.

Check out Bob’s articles, books, websites or give him a call.

What can be done to give them better protection, a more fair and equal justice? Because sometimes even the people who have confessed to being the aggressors–are Victims.

Electronic equipment seems like an easy answer to me. I would think it would help protect the rights of everyone, including the police officers.

Keep Climbing: Onward and Upward
All my best,
Mary

Discussion: These are life and death issues. Would video technology and electronic recordings of custodial hearings bring better justice to everyone? Is this worth the cost? What do you think of Bob’s role as a pastor and “citizen advocate”? How can we make our children less vulnerable?