Supported Employment| What is a Mobile Crew or Enclave? 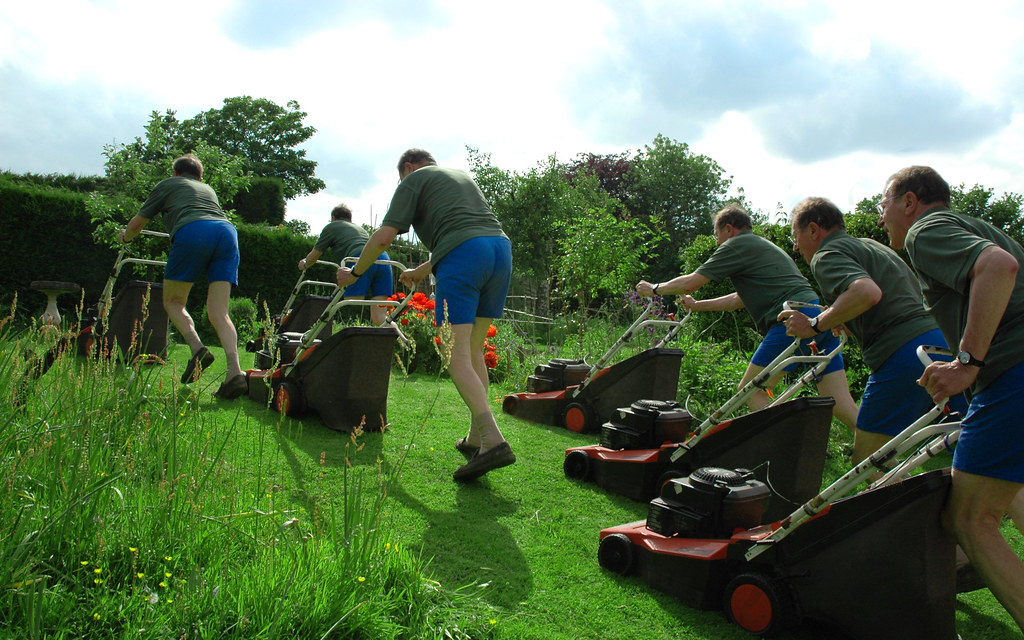 In the last post, Memorial Day Parades and Attitudes toward People with Disabilities I talked about how Aaron, my son who has autism, worked at a cemetery after he graduated from high school.

A small crew of persons with disabilities (up to 6) works as a distinct unit and operates as a self-contained business that generates employment for their crew members by selling a service. The crew works at several locations within the community, under the supervision of a job coach. The type of work usually includes janitorial or groundskeeping. People with disabilities work with people who do not have disabilities in a variety of settings, such as offices and apartment buildings.

Sometimes Cemeteries are for the Living.

Kim, Aaron’s job coach, was under her supervision (because she was in charge of the whole job) but worked independently with Aaron.

OVERVIEW: How this worked

There were two weed-wackers or whatever they are called. (The cords swing around and cut the weeds which the mowers miss.) There was a “task analysis” of each job.

They were trained on the job. (They didn’t practice cutting the concrete in the parking lot to get ready *smile*)

Partial Participation: How this worked for Aaron

Trivia too good to pass up: One of the cemetery monuments is enclosed and heated. Yes, the person who died years ago was so afraid of being “cold”–they stipulated in the will that the space above the grave would be heated (including a back-up generator in case the electricity failed.) That is a powerful “fear.”

Article about Dial Soap hiring people with disabilities because it made good business sense.

Partners in Employment A FREE online course about supported employment.

Kill the Turkeys! Life lessons for people with disabilities