Communication: “A lottery winner in life” 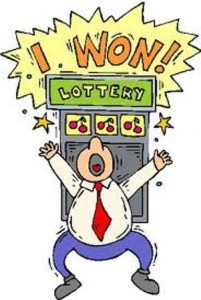 Being able to communicate is like winning the lottery.

Do you start out the day asking, “What is my purpose?”

Sometimes that question will motivate me. Sometimes it is whispered in anger or despair; sometimes as a prayer for direction. But I wonder how I would ask about my purpose in life– if I could not speak with my voice. Like most people, I take so much for granted.

How would I feel if no one ever listened or thought I had anything important to say?

Perhaps you have already seen these videos on YouTube, but they are new to me. In the comments I hope you will share what you think, did these videos communicate new ideas, new questions, rock your world, move you to actions?????

Being able to communicate is like winning the lottery.

Andrew is a 13 year old young man who has the label of autism. He is communicating by pointing a pencil to a letter stencil board made by his grandfather. Andrew and his mom have been communicating this way for over 4 years. Notice how they pass the pencil as each takes a turn communicating.

Andrew (A): Yes. Now that I am using the letter board my life is having more meaning.
Since I was a little boy what I really wanted was to be treated as a normal boy
with pieces of my sensory system out of functioning.

M: Can you talk some more about that?

A: All autistics think

What is my purpose if no one thinks I can learn?

A: …then she thought.

M: This is good keep going. This is really good.

A: You see all autistics have motor issues that limit their ability to communicate.

M: Keep on. You need to move your elbow, pick it up.

A: So once I had a new way to communicate

A: I felt like a kind of Lottery Winner in Life.

A: So now I’m hoping to graduate from high school and lead a fulfilling life.

M: So, if you had any words of wisdom for parents and your teachers, what would you say?

A: See each individual as a respecting individual who deserves to have an education and live in their communities as productive citizens.
.

The Right to Communicate

The right to communicate is the means by which all other rights are realized and is, in itself, a basic human right. (TASH resolution on the Right to Communicate.)

When I watch these videos, I am struck with how much we can learn from people with autism. The classic definition of autism talks about “difficulties in social interaction, social communication, and stereotypical behaviors.” But as Bob Williams wrote so brilliantly in his poem “What if,” maybe the difficulty in communication is our problem.

There have been many breakthroughs in communication showcased by The Wretches and Jabberers movie and new technology like the IPad and new applications.

My son Aaron used to type when he was in high school. Then, he graduated and his facilitator moved away and he didn’t want to type with me, his mom. But now we’re taking action. We hope to begin Aaron’s augmented communication again this month. It’s time.

We’re going to be getting an IPad and some applications. If you have any advice, let me know.

Some people still think this is all a hoax. Some people think it is a miracle.

What do you think?

If you couldn’t talk, would you think being able to communicate was like winning the lottery?

Keep Climbing: Onward and Upward
All my best,
Mary

Wretches and Jabberers| “A lifetime of trying to get in touch”

Wretches and Jabberers| A jab to the heart