Inclusion for Moms| Sisters of the Heart 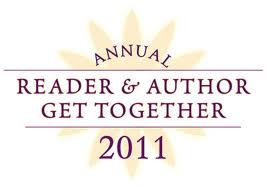 Inclusion for Moms| Sisters of the Heart

When Marsha Forest, Judith Snow, Jack Pearpoint and Father Pat started spreading the gospel of inclusion, they talked about the ABC’s Of Inclusion.

A = Acceptance
B = Belonging
C = Community

I’ve spent a lifetime learning and working for inclusion for Aaron, my son with the label of autism, and other people with disabilities.

But as hard as it is to create inclusion for Aaron, it is also just as difficult for parents to have inclusive experiences. Moms, Dads and Family Members are always being segregated into “special” groups… Special Olympics, Autism Speaks, Arc, TASH…. 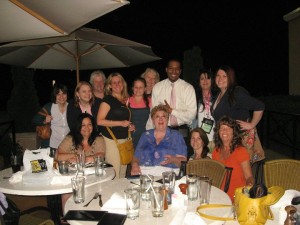 My Circle of Friends

Four years ago, I stumbled across an ad in our community newspaper about the Lori Foster Gathering for Readers and Writers. The “Gathering” was at a nearby Marriott Hotel and looked interesting. Plus, it had NOTHING to do with disability issues.

It became a transformational experience in inclusion–NOT for Aaron, NOT for Aaron’s mom, but for me.

Over 300 authors and readers of romance novels were gathered around tables in the conference room. Decorated baskets were being raffled and authors signed their books. Books were everywhere.

Many of the women were in costumes that corresponded with the themes of their books. They wore cat ears and tails, fairy wings, Victorian hats and jewelry, pirate and cowboy hats, wedding veils, capes, Hawaiian flowers in their hair… They were young mothers and white hair grandmothers. They were unpublished and New York Time bestselling authors.

I learned “romance” novels ranged from: sweet to exotic; contemporary to historical; “All-American” to English royals to Scottish highlanders to space aliens to vampires; time-travel, mystery, suspense and even inspirational tales of the Amish…. Who knew?

Hey, I guess if these women could dream up relationships with werewolves and fairies, they could accept anyone—even a plain old mom who’s got a kid who isn’t “normal.”

In the first couple minutes, I was embraced as an old friend. It was that easy. I sat down and was welcomed into the group.

I didn’t have to join a committee, volunteer or sign any oaths of allegiance. I was okay just the way I was.

Some authors published several books a year. Several published none, but bought and read books—thus supporting everyone as loyal fans. There was a continuum and only support–no competition.

In “disability” conferences, there was stress. I was always looking for help for the current disaster in Aaron’s life.

There was always a pending national crisis: Special Education was losing funding; someone just died a tragic death in an “institution”; an amicus brief had to be written for an innocent person on death row; signatures were needed for some campaign or new legislation; some non-profit was going bankrupt…. There were always a hundred heartaches. Sure, there were people who supported each other—but they were often just keeping their heads above water.

One of the requirements of making friends and community connections is about “shared interests.”

The women at my table shared stories of their favorite authors and books. They pointed out Lori Foster and Dianne Castell, the organizers. They gave me books from the “trading library.”

There were national issues about publishing, I met a woman who had been kicked out of the national RWA organization ten years ago because she wrote an “ebook” when only print books were considered legitimate. Changing paradigms is difficult, leaders struggle in every field.

But, there were no tears or gut-wrenching stories with no solutions. As the authors spoke of their writing, they added information about their family lives in Canada, Texas, California, Vermont or where they lived, but they were happy people. They had the usual family dramas, but that was not the focus of why they were in Cincinnati. Several people had family members with labels and disabilities, but the conversation was about writing and publishing–not a single IEP issue.

People being together in the same place is another requirement for making friends and community connections.

The members invited me to join The Ohio Valley Romance Writers of America (OVRWA) chapter which met the second Saturday of each month. This became the highlight of each month. Each meeting had veteran writers giving clinics and informational sessions on branding, plot development, submission guidelines…. Though we socialized after, this was a serious professional group of writers. Some were stay-at-home mothers of young children, but there were lawyers, college professors, nurses, teachers…. Sometimes we would meet for a “Girls Night Out” or go out after the meetings.

Nothing against the “Mothers of Special Children” or the “Lakota Parents of Special Education Students” groups, but this was the closest to “normal” I’d ever experienced.

Sisters of the Heart

I thought of true stories of friends and relatives meeting their spouses, and decided to try my hand as a romance writer. What a joy to be thinking about happy stories, rather than writing about the autism wars or inclusion battles.

I started to learn everything I could about writing and publishing. I entered and judged contests, went to a writer’s conference in Columbus, local workshops. I was getting new skills…and new friends.

When I went to the Lori Foster Gathering the next year, I was an editor of a small e-publisher and had close friends in the Ohio Valley Chapter.

It was the first time in my life I was included, and it had nothing to do with disabilities. I was a person-first. Imagine.

I want a Happy-Ever-After

Last weekend was my fourth Lori Foster Gathering. There were 400 people from all over the continent. Proceeds from the basket raffles went to soldiers in Afghanistan, a pet shelter, and a local non-profit. We raised around $10,000.

I laughed and cried. I talked about books, authors and only occasionally about Aaron. I actually went out to a restaurant and didn’t get home until almost midnight. I relaxed.

Many of my friends are now published authors. I’ve watched them grow and bloom. I’m so proud of them.

My core group of friends encourages me in my own writing and in my life as Aaron’s mom. They know some of Aaron’s story and our continued struggle as we try to find a home for Aaron, try to figure out the government regulations and funding. They read my blog (hi everyone) and are my biggest supporters as they retweet and spread the message on social media networks. Their questions help guide the information I give. We “inclusionists” often only talk among ourselves–what an irony. They help me spread the real message of inclusion to just good folks who live in our communities.

They are friends… and in the process have become sisters of my heart.

After all, “my people” know about more than just romance. They know about love.

They know the A, B, Cs. They may not be able to give a definition, but they know about inclusion.

They might call themselves writers, but they are also healers and teachers who are helping me find the land of “happy-ever-after.”

Join in the discussion

What do you do to “include” yourself in the community? Are you a member of any social groups…? Do you agree parents and professionals often segregate and isolate themselves in the struggle for inclusion? Have you read any good “happy-ever-after” stories lately? Will our children with autism and other disabilities also find “happy-ever-afters”?

Balancing my child’s needs and mine.