“It’s not my job”|Caregivers Part 3 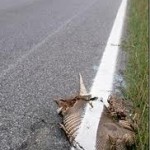 “It’s NOT my Job”| Caregivers and Direct Care Staff

It is the little things that make all the difference.

For almost 11 years Aaron, my son with the label of autism, has lived with his buddy Jack with 24 hour support staff paid for by their Individual Options (IO) Medicaid Waivers.

In our dream plan and person centered planning, we imagined a caring staff who would not only help Aaron with his direct care needs, but also with community inclusion. We have had some great success stories. Some staff members have become friends and are like part of our family.

In “Dear Caregivers” Part 1, and Caregivers | Blame it on the Hose Part 2, I talked about our family’s experience with Caregivers and Direct Care Staff. I gave examples of great caregivers who go the extra mile to provide quality care to my son and others with severe disabilities.

This article is NOT about them.
This is about the “OTHER” caregivers and direct care staff.
You know what I mean by OTHER, right?

When we brought Aaron back from vacation after Thanksgiving, we found a notice that said the mail carrier had declared the house “VACANT: no further mail delivery.”

Since the guys have lived in this house for over 10 years and there were substitute staff in the house over the holiday, we wondered what could possibly have happened.

We learned the substitute staff didn’t take the mail out of the mailbox. In addition, all the Black Friday ads, newspapers and flyers were all laying in the driveway. No one picked them up, brought them into the house or threw them in the trash. In fact, several were all wet, soggy and had tire marks on them.

Hummm. Obviously, when the mail carrier came to the house it looked unoccupied. There are a couple foreclosure houses in the neighborhood. So, s/he declared the house “Vacant.”

Over the years, I have been to many town meetings with angry neighbors who didn’t want people with disabilities to move into their neighborhood. Because the house rental agreement is in Aaron’s name, my husband and I make sure the house and yard always looks well cared for.

The only solution I can think of is next time we write up an individual service plan (ISP) for Aaron, we will have to include “Staff will pick up the mail, and newspapers from the driveway.”

Aaron loves the Christmas lights and decorations on the tree. The first year he moved into his house, Grandma gave him her tree and we gave him all the special ornaments we had saved since he was a baby. Our family tradition was to give him one new ornament each St. Nick’s day to start the season. He had ornaments from us, from his brother and family members, from his teachers and school mates. Some were bought, some were homemade. Aaron loved to take the ornaments in one hand and flip them with his other hand.

Every year our dear caregiver would put up the tree around Thanksgiving. We really appreciated it. Since Aaron spends the majority of his time sitting on the couch in the living room, we felt he could at least enjoy seeing the Christmas tree with familiar ornaments.

Aaron is at the mercy of the staff

Nine out of the ten times we went to pick Aaron up or drop him off, the Christmas tree was never lit. The cord was on the floor and required bending over to plug it into the wall. We even offered to get a longer extension cord if that was an issue. But, even though the staff knew we were coming, they would just sit on the couch directly across from Aaron, and the tree would not be lit.

Next ISP will need to read, “From Thanksgiving until Christmas Day, staff will turn the lights on the Christmas tree from 6 PM to 9:30 PM. so Aaron can look at the lights.”

NOTE: I was going to give a lot of other examples, but this depresses me too much and I think you get the idea.

I’m expecting that sharing these stories will come back to haunt me. The agency will give this as an example of how we don’t appreciate their staff. They will probably say exposing stories like this, which are based on my actual experiences, are exactly why no one wants to work with Aaron. Not only is he a tough kid, but his parents are impossible, ungrateful people who are the problem.

In my personal and professional experience, many agencies SAY they want parents to be involved, but they really don’t. They would rather work with people with autism and developmental disabilities who have no parent involvement, no advocates, no one who would ever question what they are doing.

I know people with disabilities who have family members who seldom see them. This is so incredibly sad. I used to think it was all the family members fault. Not anymore. It takes persistence and determination to keep on keeping on.

I cannot begin to tell you how hard it is to work with some of these staff people. Tom (my husband) and I have documented staff members who disobeyed the laws and agency rules. Sometimes, to the agencies credit, they did remove them: some smoked in the house, some left Aaron in hot cars while they went inside a store, some yelled at Aaron, some had cars that weren’t safe, some refused to clean bathrooms until the entire house smelled like urine, some asked us for money, some didn’t speak English, some came from different cultures and only thought of themselves–not Aaron.

If some of this sounds prejudiced. So be it!

Staff people have said to me: “But I don’t brush my teeth twice a day, why would I have to brush Aaron’s twice a day.” “I don’t use shampoo when I wash my hair.” “In my culture, we don’t give baths every day.” “I come from a country where it is always hot. So I need the furnace to be set on 80 degrees”–even though this made Aaron sick. The list goes on forever….

I am pouring out my heart here. I couldn’t make up these stories. I guarantee each of these examples actually happened to us. They are all first hand experiences. I hope that by putting them on paper they will begin a discussion about how people like Aaron, who have severe disabilities, can get a better quality of life. That life depends on excellent caring direct care staff and caregivers. They have an important and difficult job. The good caring staff are more precious than gold. We love them and cherish them. We try and support them every way we can.

The OTHERS… well, they can still be nice people with good intentions. We hope they find a job they can love and do well…but not with Aaron.

What would you do if this was your child? What do you think Aaron is feeling when he can’t talk or physically do what he wants to do? What would help? Do schools and adult service agencies really want parent involvement? Are parents just ungrateful?

If you this might help someone, please Tweet it, send it to LinkedIn, Facebook or other social media. Maybe you want to invite other parents to join us and tell their stories.